The origin of The National Route 66 Infrastructure Initiative comes from the confluence of the successful bipartisan vision for American infrastructure and the opportunity presented by the Route 66 Centennial. By 2026, investment in infrastructure and awareness of the Mother Road history and role in America’s economic development can be realized in a unique and impactful way.

The Federal Government has been at its best in actualizing progress for the American people when it provides critical infrastructure – a backbone or base on which states, localities, public-private partnerships, and private industry can build. The 1926 McNary-Watres Act subsidized federal airmail by volume rather than weight of carried mail. Carriers built larger planes and filled the extra space with passengers, jumpstarting the airline industry. 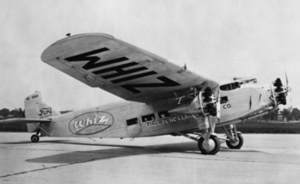 Similarly, the Interstate Highway System in the 1950s created commercial and developmental opportunities vastly exceeding the original investment. Highways are a perfect metaphor. They are the backbone, or trunk from which dendritic growth – branches – can spread. Route 66 and its concomitant Interstate infrastructure are just such a backbone and provide an opportunity to visibly support a vast improvement in economic, social, and structural development along an almost 2500-mile diverse swath of the nation.

As part of the 2026 Route 66 Centennial celebration (116th U.S Congress H.R.66 Centennial Commission Act / S.1014), three of the eight states have already set up Commissions (Oklahoma, Missouri, and Illinois) with the other states in the planning stages. The Executive Director of the Route 66 Alliance is an Oklahoma Commissioner, and the Route 66 Alliance is a key component of the project. The Alliance also interfaces with the other states, and it is out of this activity that The National Route 66 Infrastructure Initiative was conceived.

The Federal Government has, as noted, often been the catalyst for broad and substantial underpinning of significant development and change. The Route 66 highway is literally the backbone of what can be a dynamic economic driver for a diverse cross-section of the nation. In this case, stretching from the northern Midwest to the West coast, it is a ribbon connecting large cities and vast rural areas; areas of wealth and areas of urban and rural abject poverty; a broad multi-cultural constituency; a diverse political constituency; and an historic, even iconic symbol of American achievement and opportunity.

Such a Federal infrastructure investment can then provide the impetus for state and local investment and supporting private sector development that can be sustainable and significant. While the project began looking at the prodigious impact of tourism, the contribution to transportation, communication, commerce, and development are immediately obvious. The results of such an initiative can be visualized and realized quickly, even though the dendritic growth will take longer.

Highway development is the key, and Route 66 is the metaphor. Improvements to roads, bridges, signage, safety infrastructure, and communication infrastructure have always brought development and economic stimulus. Promoting this effort thematically across a vital national artery presents a unique opportunity to build consensus and achieve real results. 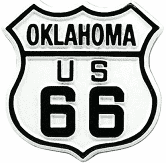 Along with asphalt and iron, improved communication and energy trunking provide a vital backbone for community development and the “branching” needed to expand the impact. From this backbone, resilient power distribution and charging systems, broadband and cellular communication technology, and information technology will support robust economic development distributed employment opportunities and significant increases in educational opportunities.

Envisioning a 5G and 6G ribbon that will expand into surrounding cities and communities along with fiber and high-speed communications is a game changer for both inner city and rural communities. 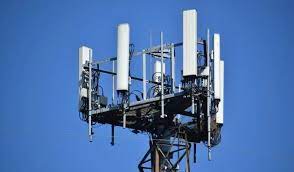 Support for the development of Electric Vehicle infrastructure through reliable and ubiquitous charging capacity is also critical to the national vision.

The original interstate highway system was principally built for national defense. It fostered the ability to rapidly move logistics and strategic assets but found its greatest impact in the civilian utilization of the infrastructure and the development that it fostered along its path. The road still has a role to play in national security and the ability to move assets in instances of climate related disasters, public safety, evacuation, and even cyber attacks.

This infrastructure cannot ignore the outsized impact on communities of tourism. A Route 66 museum in remote Clinton, Oklahoma is one of the few state historical institutions that has been largely self-supporting. Its largest single visitor cohort is European tourists. Route 66 is an international visitor destination. Tourism for cities and rural areas has always been vital economic drivers. Cities and towns benefit economically with supplements to their tax base of billions of dollars. The underlying infrastructure supports the development which services this important economic driver.

The Power of Thematic Development

The National Route 66 Infrastructure Initiative is designed to provide impetus and awareness of the magnitude and import of national infrastructure development efforts. Visibility and support are critical to success for both the current Administration and the nation. A speech by Secretary of Transportation Pete Buttigieg was widely reported and put an exclamation point to the need for public support and awareness.

The new transportation secretary said his vision of 21st century infrastructure includes the ‘unglamorous’ task of repairing the roads and bridges across the country, while making sure transportation plays a critical role in helping battle climate change.” CBS News, March 18, 2021.

“Across the country, we face a trillion-dollar backlog of needed repairs and improvements, with hundreds of billions of dollars in good projects already in the pipeline. We see other countries pulling ahead of us with consequences for strategic and economic competition. By some measures, China spends more on infrastructure every year than the US and Europe combined. The infrastructure status quo is a threat to our collective future. We face an imperative to create resilient infrastructure and confront inequities that have devastated communities.

Just like those who summoned the will to build the transcontinental railroad in the 1800s and the interstate highway system in the 1950s, we too have the opportunity now to imagine and create a different future for American transportation. I know that expectations had been raised before when it comes to major moves in American infrastructure, but now, in this season, we can turn aspirations into action. Now is the time to create millions of good jobs for American workers, to help communities and businesses, big and small, rural and urban, to compete and win in the global economy.”

The Secretary invoked both the ability of the Federal government to stimulate as well as invest, to inspire, as well as provide resources. Having a powerful message with focused and well and broadly supported objectives is critical, and what could be more visible than an iconic theme – The Mother Road – cutting through blue and red states, progressive cities and conservative rural areas, great arrays of cultures – black, Hispanic, Native American, Asian – and through the nation’s history and legacy.

Actualizing The National Route 66 Infrastructure Initiative will involve vision on the part of Federal, state, and local governments. The Commissions created and planned along Route 66 for the Centennial form an obvious coordinating system for planning, promotion, consensus-building, and information dissemination.

In Oklahoma, we are already looking at the economic impact on the 17 counties and four US Congressional Districts bisected by the Route 66/ I-44/I-40 corridor. State funding proposals for not only celebratory events during the Centennial, but support for historic restoration, communication infrastructure, hospitality infrastructure, signage, etc., are already formulated and would fold seamlessly into larger federal and state infrastructure planning. 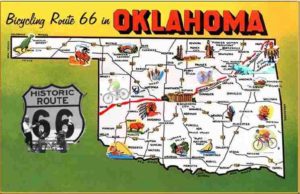 Building on this with other state Centennial Commissions, already coordinating with state and local governments, chambers, and citizens build the critical human infrastructure for a potentially revolutionary and visionary effort.

The Route 66 Alliance is also looking at sustainability through public-private partnerships and funding opportunities. Work on EV charging infrastructure and broadband is ongoing. Analysis of the needs of the 45 communities in Oklahoma that can be impacted by tourism and infrastructure improvement is underway. This would be a planning matrix and model for other state commissions.