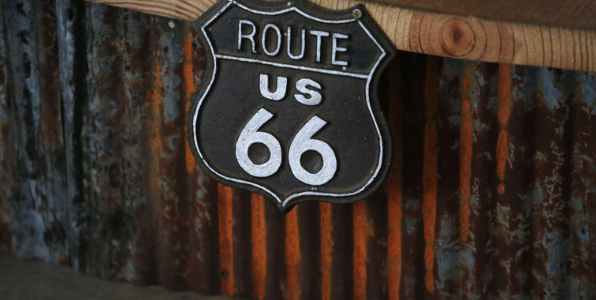 When she stops by Route 66 Village in west Tulsa, City Council Chairwoman Jeannie Cue will often find dozens of tourists, sometimes from as far away as Germany or Japan. But when she asks where they have hotel reservations for the night, the answer is usually Springfield, Missouri, or Albuquerque, New Mexico. Not here.

“The most important thing for me to do,” Cue said Friday, “is to get them to stop and spend the night in Tulsa.”

With that goal in mind, Cue stood beside Mayor Dewey Bartlett as he announced the launch of the Route 66 Commission, which will promote tourism and economic development along the historic highway.

Created by an executive order that Bartlett signed earlier in the week, the commission will have 15 members, including one from each of the five City Council districts that have a stretch of Route 66 running through them. Other commission members will include Ken Busby, the executive director of the Route 66 Experience, a $19.5 million tourist attraction that he hopes will break ground this fall on the east side of the historic 11th Street bridge.

Inside the Route 66 Experience, $4 million worth of interactive exhibits will tell the history of the “Mother Road” and let visitors take a virtual drive from Chicago to Santa Monica.

“People know about Route 66, but they don’t know about the significance of Tulsa,” Bartlett said. “Tulsa should be, in my view, ground central for Route 66.”

The commission’s first priorities will include revamping signage along the highway to help motorists follow the historic route through Tulsa. A lot of tourists skip the city simply because the route is difficult to follow, officials said.

Tulsa played a crucial role in the development of “America’s Main Street” because Cyrus Avery, the “Father of Route 66,” brought the highway through the city to take advantage of an existing bridge across the Arkansas River.

“Route 66 is a worldwide destination and is an important part of Tulsa’s history,” the mayor said. “We have a great opportunity with the Route 66 Commission to help concentrate and leverage our resources to enhance the Route 66 experience in Tulsa.”