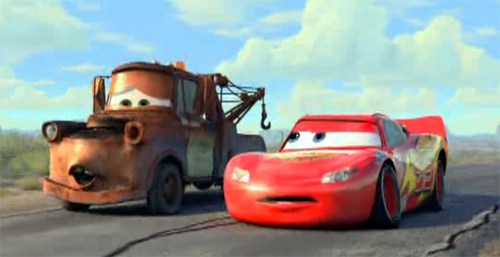 Today marks 10 years since the release of the Disney-Pixar animated film “Cars” that sparked a wave of new travelers on Route 66.

The “Cars” movie grossed more than $460 million in worldwide box office receipts during the summer of 2006, with almost as much money from the international market as domestic. “Cars” has generated more than $10 billion in merchandising sales and counting — the most of any Pixar movie by far. The film spawned a “Cars 2” sequel, with “Cars 3” set for June 2017. It inspired a Cars Land attraction at Disney California Adventure in Anaheim in 2012.

The original film’s tale of a race car in the fictional town of Radiator Springs put Route 66 in the spotlight like nothing since Michael Wallis’ best-selling “Route 66: The Mother Road” during the early 1990s. Pixar animators traveled Route 66 during their research, and they became inspired by people and places of the Mother Road.

Route 66 News’ post about the characters and landmarks that inspired “Cars” was published the first day of the film’s release. It consistently has ranked among the top three most popular posts and generated more than 500,000 page views and more than 500 reader comments.

The film’s popularity also changed the lives of people associated with the Mother Road:

Wallis, long known for his book, also became the Sheriff of Radiator Springs because of his role in the movie. (He also served as a technical adviser for the film and Route 66 tour guide for Pixar animators.)

Dawn Welch, the inspiration to Sally Carrera in the film, became inundated with customers at her Rock Cafe in Stroud, Oklahoma.

Fran Houser of the Midpoint Cafe in Adrian, Texas, and the owners of the Blue Swallow Motel in Tucumcari, New Mexico, and Wigwam Motels in Arizona and California saw boosts in their businesses because they inspired people and places in the film. (Houser since has sold her restaurant.)

The film spawned the revival of an old gas station in Galena, Kansas, into Cars on the Route. A rusty 1951 International boom truck that inspired the look of the Tow Mater character was parked at the station for years and still is there.

Countless businesses on Route 66 decorated windshields of old trucks and cars with eyeball-like sunshields, giving them an instant resemblance to the characters in “Cars.”

One thing often is asked of me: What is the real-life Radiator Springs?

My answer: There isn’t one.

Instead, Radiator Springs is a composite of several towns on Route 66, most prominently Tucumcari, New Mexico; Seligman, Arizona; Shamrock, Texas; Amboy, California; the ghost town of Glenrio, Texas; and the red-rock landscape near Gallup, New Mexico.

Then again, you may find your own Radiator Springs somewhere else. But you have to go find it; that’s part of the fun.